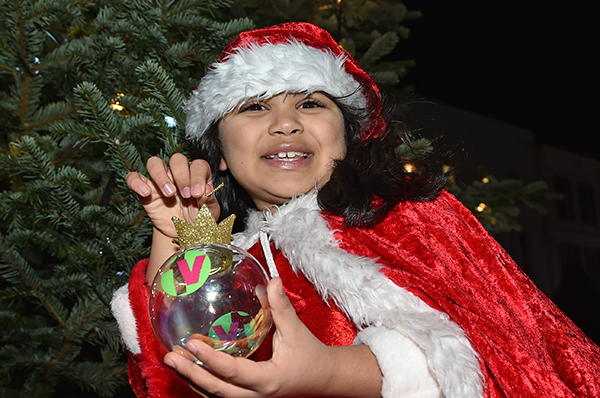 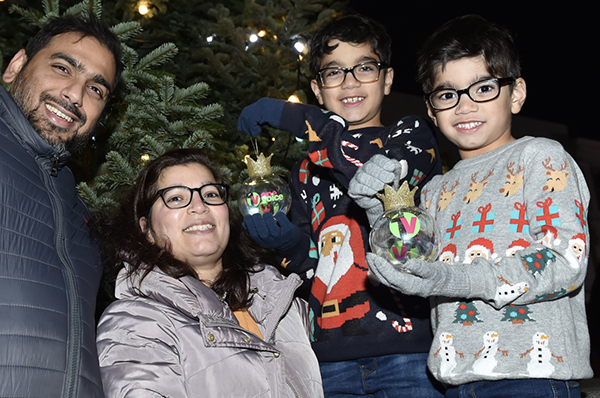 A local charity has produced their latest campaign on how Muslims enjoy the festive season.

The project ‘I’m a Muslim and I love the festive period’ was produced earlier this month and launched this week as a community cohesion initiative by charity One Voice Blackburn.

Since 2017 the charity has produced a series of videos where people of all ages from a Muslim background talk about how they also enjoy and take part in the festive season.

This year the organisation, which holds the Queens Award for Volunteer Services, designed its own bauble to be placed on the Christmas trees in and around the Blackburn town centre. Members of the community are photographed with the bauble next to the tree and express, ‘I’m a Muslim and I Love the Festive Period’. Some are seen wearing Christmas jumpers and dresses.

Aliytah Butt from Blackburn said, “As a muslim growing up in Blackburn, I always loved how the festive period served as the perfect time to allow families to reunite and spend time together. Blackburn is always filled with many holiday events and opportunities which only furthers during the winter period – creating a community where individuals of many faiths and cultures can get involved. I believe this celebration of inclusivity makes the festive period enjoyable for all.”

The Masters family also joined in the campaign.

“We enjoy the festive period as its a good time to connect with friends and family. It’s a cosy feeling when you have the fire on with a nice cup of hot chocolate and watch your favourite Christmas movies.”

One Voice Blackburn is a charity that aspires to create cohesive, aspirational and confident communities in Blackburn with Darwen. The organisation also runs a project called ‘I’m not a Muslim but I will fast for one day.’

Aisha Seedat, who is a member of One Voice, came up with the novel idea.

“Christmas trees are an iconic image of Christmas and one so personal to those who choose to celebrate it. I wanted a clear bauble that could fit on any tree to show the versatility of South Asian heritage Muslims living in Blackburn. I wanted to create a symbol of diversity and inclusion. To show that the south Asian and British cultures are intertwined.

“I had great fun creating the bauble and I’ll also have great fun decorating my tree with pink tinsel and a pink star.”

The campaign received the celebrity seal of approval with AJ Odudu holding up the bauble at the festive lights switch-on late last month. The campaign and images will be shown in the run up to Christmas and the New Year.