14 is the Magic Number for Hosts at 1V Awards Dinner 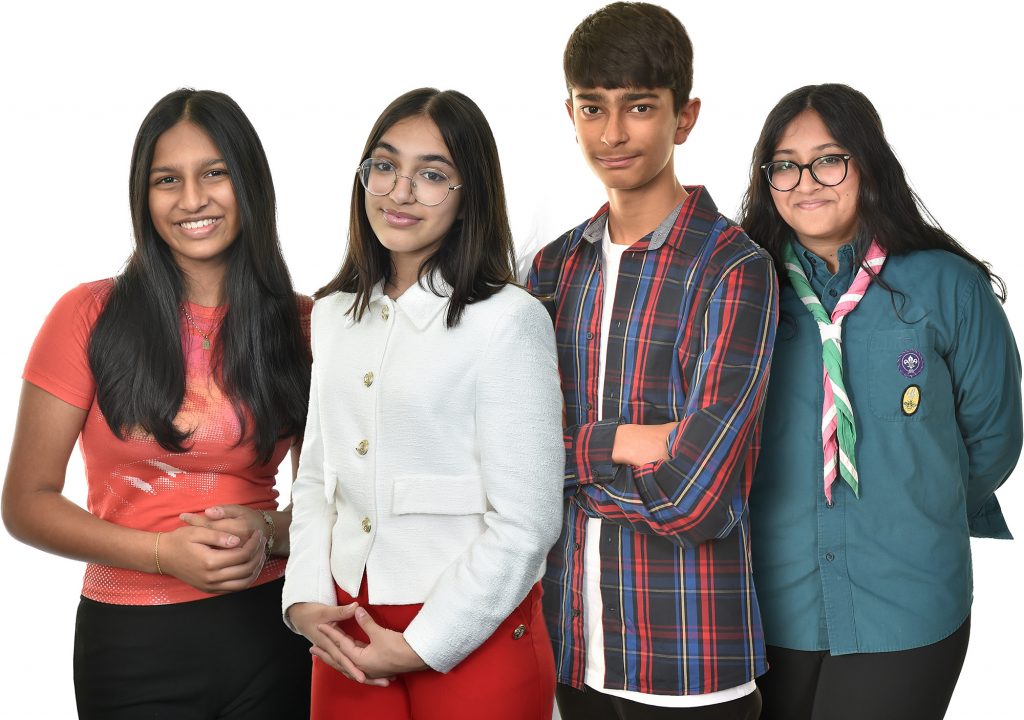 A group of 14 year-olds will be hosting one of the largest community events in Blackburn in 2023. The 1V Awards Dinner will take place in King George’s Hall on 25 February.

They will be joined by a 13 year-old boy in the youngest line-up for the biggest community awards event in Blackburn, hosted by the charity One Voice Blackburn.

The charity allows a young person to host the celebration, and the 2023 Awards Dinner will be the 10th event of its kind.

One Voice Blackburn is a charity that aspires to create cohesive, aspirational and confident communities in Blackburn with Darwen. This year’s event is themed ‘Saturday Night Fever’.

The quartet will be led by 14 year old Alisha Seedat. She is part of the award-winning West End Girls (WEGs) group run by One Voice.

“Hosting the Annual Dinner is an amazing opportunity. I’m super excited yet quite nervous as represent One Voice Blackburn, it’s work and the communities achievements,” says the St. Wilfrid’s student.

1V Awards Dinner, sponsored by Together Housing and Newground Together, celebrates the achievements of individuals and groups in Blackburn with Darwen. It will also showcase the work of community charity One Voice Blackburn, including an exclusive performance by singing sensation Hafsah Khonat.

“We could have taken the easy approach and hire a seasoned professional to host our event,” says One Voice Blackburn Chief Executive Zaffer Khan, “but we do things differently at One Voice Blackburn – we like to cultivate and nurture our own young talent. There is a breadth of talent among young people in Blackburn and we have every faith in them to deliver an exceptional performance on the stage at King George’s Hall.”

The 1V Awards have grown from strength to strength. It features seven main awards, with five of the awards coming directly from nominations in the community.

1V Young Person of the Year

1V The Group of the Year

1V Man of the Year

1V Woman of the Year