One Voice Blackburn Chief Executive formally thanked the outgoing Leader of Blackburn with Darwen Council for the ‘inspirational’ support he gave to the charity when it launched. 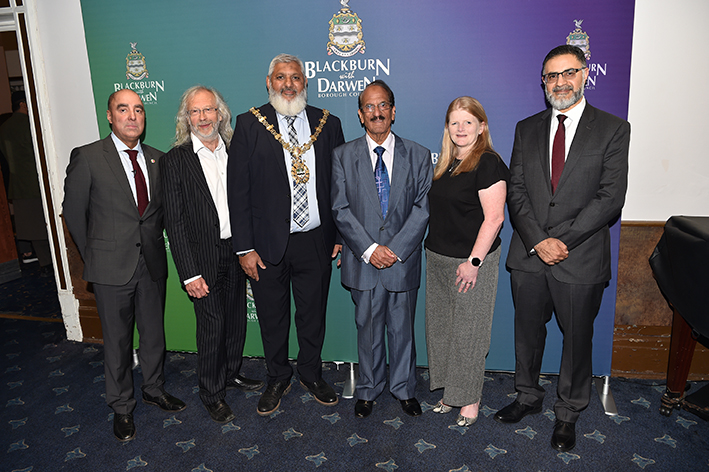 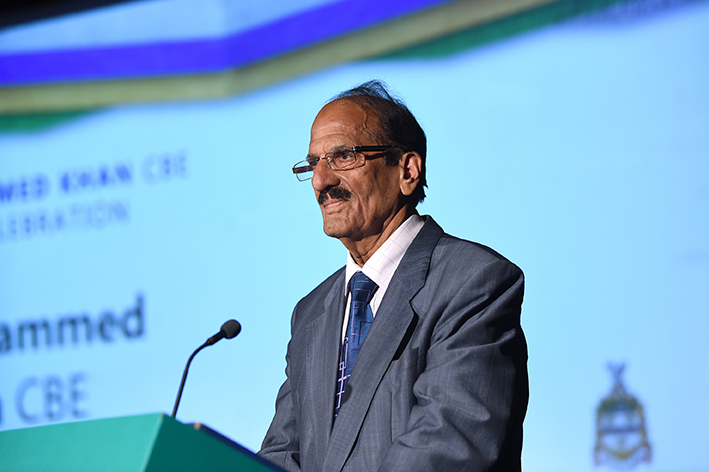 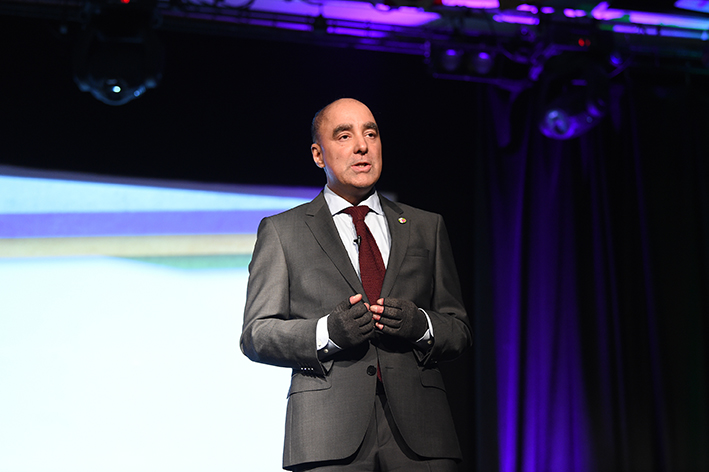 The event, held in Blackburn’s King George’s Hall recognised Mohammed Khan’s 30-year civic contribution until his retirement in May 2022. The two-hour celebration was attended by 150 invited guests and was co-organised by One Voice Blackburn, and hosted by West End Girls Aliyah Bangi, 15, and Sara Hussain, 14.

“Mohammed Khan CBE was a leader that was well respected by all sections of the Blackburn with Darwen community. We may never see the likes of him again,” said Zaffer Khan.

“Mohammed Khan was a great supporter of One Voice Blackburn. He taught us what it takes to be a great leader. He guided us and challenged us privately, but always supported us unequivocally in public. His legacy will continue at One Voice Blackburn especially with the young people.”

Speakers included the new leader of the Council Phil Riley, and the Chief Executive of the Council Denise Park. There were also many heart felt video messages from the current Blackburn MP Kate Hollern, and the previous MP Jack Straw.

The event in King George’s Hall was attended by civic dignitaries and local stakeholders representing different sectors in the borough – from health and education to business and interfaith relations.

Denise Park, Chief Executive of Blackburn with Darwen Council, said: “Blackburn with Darwen is a place where we know we can rely on supportive partners across many different sectors to work with us in the best interests of residents, building on our collective strengths to deliver high quality local services. During his leadership, Mohammed has certainly nurtured that collaborative way of working and I and new Council Leader, Coun Riley, are determined that we continue Mohammed’s legacy.”

During his speech at the event, Mohammed Khan CBE spoke about the key achievements that give him the most pride. After the event, he commented:

“It has been the greatest honour of my life to serve this wonderful borough. Very little can be achieved by working alone, it is our local partnerships that are our biggest asset and as I retire I want to put on record my thanks to the many partners who have worked closely with the Council over the years.

I always wanted the best for the people of this borough, particularly our vulnerable residents. I am also immensely proud to have led the Council to become one of only five National Integration Areas – over the last three years our social integration programme has certainly helped to strengthen relationships between people from different backgrounds and cultures.”

The young hosts were thankful that Mohammed Khan had supported females and young people during his time at the Council.

“I feel privileged to have co-hosted the event tonight to celebrate the achievements of Uncle Mohammed Khan,” said 14 year old Sara Hussain.

“He has been a pioneer for women in this town, as well as young people. So it was absolutely fitting that Aliyah and I hosted this event for him.” 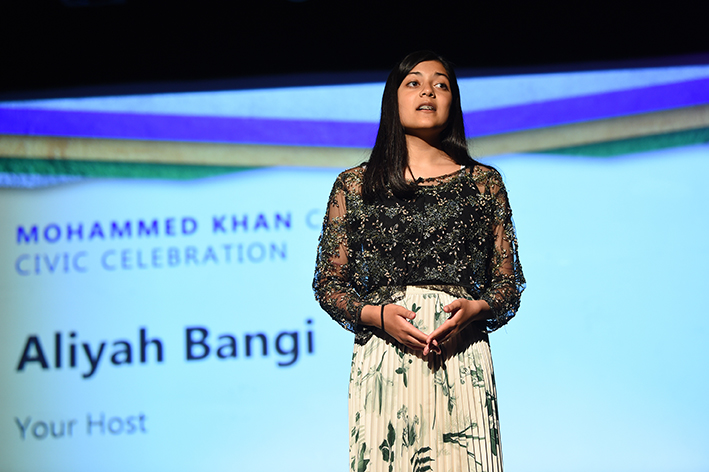 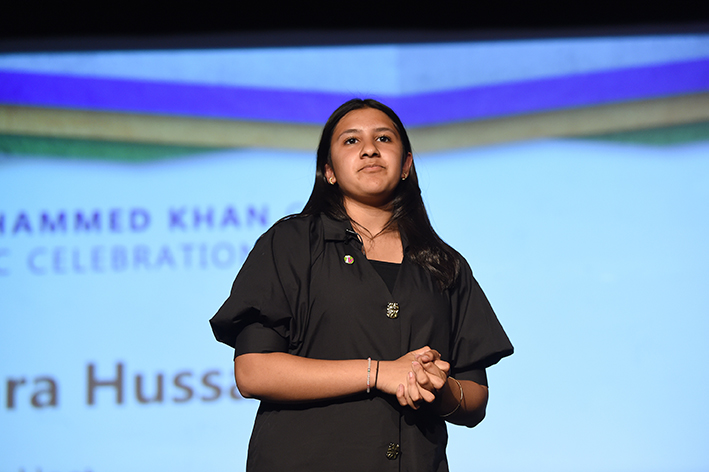