The eighth year of the award winning community cohesion initiative ‘I’m not a Muslim but I will fast for one day’ has had its most successful year yet. The project has won an Excellence award in the national Inclusive Companies Awards in 2018. It has featured over 1200 participants since its launch. 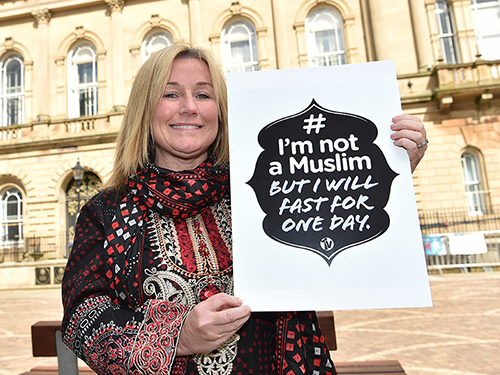 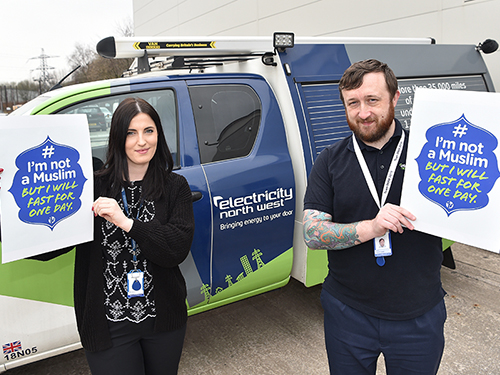 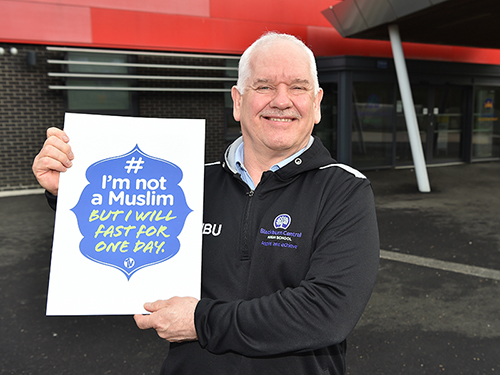 One Voice Blackburn has had members of the public, officials from major local organisations, the public and private sector, and One Voice members taking part. Over 170 people took part in the ‘I’m not a Muslim but I will Fast for One Day’ project in Ramadan during April 2022. Ramadan is a time of worship and contemplation. Fasting is considered to help Muslims to feel closer to God and strengthen their spiritual health and self-discipline.

This year saw an even bigger response with both staff and students at Darwen Aldridge Enterprise Studio taking part. Qasim Hussain who co- ordinates the campaign at the school stated: “We have had an amazing response especially from the students who requested that they be involved this year also’. Staff member Miss Murray added, “I have had time to think and reflect upon my experience and what Muslims go through every year during this blessed month and how much self-disciple they have and how strong they are fulfilling the commands in the Holy Quran.”

The fast lasted around 16 hours each day and participants were not permitted any food or drink throughout the duration. The project is a community cohesion initiative run in Blackburn with Darwen.

The team at East Lancashire Teaching Hospital hosted an iftar event for staff who took part in the project. Suzanne Lang said: “At ELHT we participated in One Voice Blackburn’s ‘I’m not a Muslim but will fast for one day’ to show support and unity with our Muslim colleagues who are fasting throughout Ramadan, yet still delivering safe, personal and effective care to the community of East Lancashire.  We are using this opportunity to reflect on how fortunate we are in our day to day lives and thinking of those that are less fortunate particularly in recent times.”

Organisations from across the borough including Together Housing, Lancashire Mind and Nightsafe took part in the project this year. Chief Executive Stephen Jones from IMO Charity and Project Manager Alysia Moorhouse from Spring North also fasted for one day. It was the first time Tom Macpherson from The Making Rooms took part. “The Making Rooms is a space for everyone. Our community is a great mix of everyone. I wanted to support and understand our Muslim community to appreciate the challenge that fasting is for these community members”

Blackburn Youth Zone supported the project with Hannah Allen and Leon Crosby taking part in the fast.  Members of the general public were inspired to take part through the One Voice social media posts. Kim Segers, a freelance translator said: “I saw the posts on Facebook and was really eager to get involved. I wanted to fast for a day as I felt like it is a good way to create understanding amongst different religions and cultures, which hopefully leads to a stronger sense of community. We could all use more of this’.

Thushendra De Zoysa saw the project as a great way to support the Muslim Community. “It gave me an understanding of how Muslims feel throughout the holy month of Ramadan”

Teams of staff from across Blackburn with Darwen Borough Council also observed a day of fasting in solidarity with their Muslim friends and colleagues. This year Chief Executive Denise Part took part saying: “Opportunities such as this can help us to understand more about the beliefs and practices of people from different cultural and religious backgrounds to our own, to help our community to be more accepting, tolerant and welcoming – and ultimately stronger.”

Andrea Sturgess, the Council’s Head of Communications, said: “I’m extremely proud to participate. Simply by joining in with various religions and cultures, we can see there are more things that unite us than separate us.” Andrea, who also dressed in traditional clothing bought as a gift from a friend in Pakistan, added: “I decided to take the opportunity to wear it to help me learn more about the culture of my colleagues and friends.”

One Voice chief Executive Zaffer Khan expressed his thanks to the participants. “It’s incredible that each year the response seems to be getting bigger and wider. It shows the collective nature of our community in Blackburn with Darwen and beyond, where local people and organisations want to share this special experience with colleagues and friends. I am truly in awe of those taking part and also find it endearing that something which started off as a challenge has become a unique community cohesion effort.” 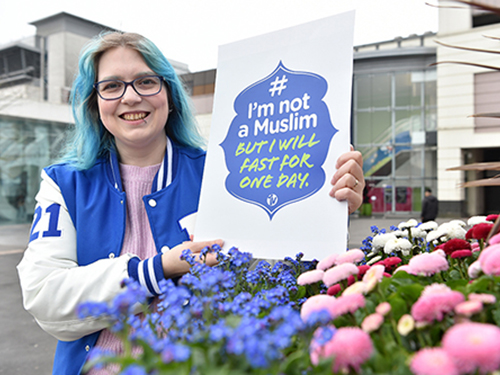 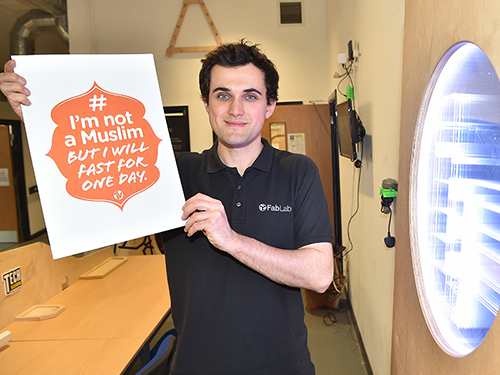 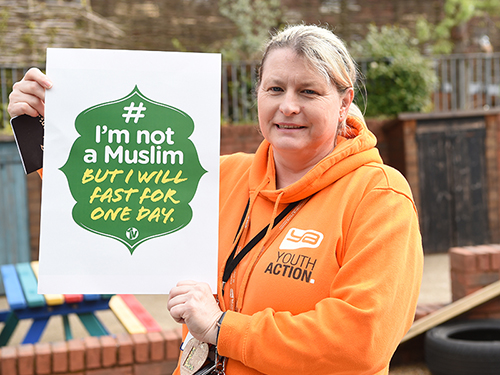